Lorenzo Bonetti, wins cancer and wins in the sport.

Lorenzo Bonetti, wins cancer and wins in the sport. 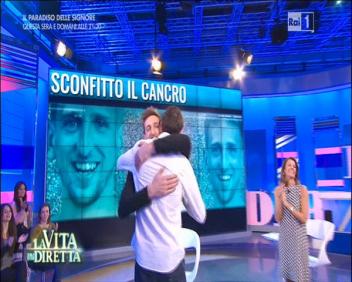 The story of Lorenzo Bonetti is very special, a great man who challenges a big disease such as cancer. Bonny is a friend and at the same time an opponent in the professional volleyball field. A man who has won twice, first establishing himself at the highest level in Serie A, and secondly and most importantly, winning the match against Non-Hodgkin's lymphoma. Non-Hodgkin lymphomas can form in almost every part of the body, they are distinguished according to the course of the disease and also treated differently. The attribution of a tumor to a particular type of lymphoma depends on the type of degenerated cells, T or B lymphocytes. The Non-Hodgkin lymphomas (NHL) are a heterogeneous group of malignant diseases that tend to reproduce the morphological and immunophenotypic or more stages of the processes of maturation and transformation of lymphoid elements. The lymphocytes involved in the neoplastic process may express the B-type of membrane phenotype (95% of cases) or the T-type (5%). Non-Hodgkin lymphomas account for approximately 70% of all lymphomas, account for 5% of all malignancies and have a peak incidence between 45 and 60 years (although it can be affected at any age). The etiology of lymphomas is not yet known well, except in special forms; it is however evident that their etiology is not attributable to a single morbid factor and that is not unambiguous throughout the heterogeneous range of these tumors.
"Experience has taught me that a man, when you want to reach a goal, finds within himself unimaginable resources"

Cancer is a major public health problem in terms of mortality, morbidity and costs. The way in which the individual patient faces the disease significantly influences the progress and treatment of the disease. About half of patients with cancer would face a psychiatrist diagnosis of depression and/or anxiety in 30% of cases, with depressive symptoms three times more frequently than the general population. Depression and neoplastic growth may share common pathophysiological pathways related to immune deficiencies, inflammatory processes and the HPA axis dysregulation of the hypothalamic-pituitary-adrenal axis. The biological changes, stress, psychiatric implications, compliance issues, medical / neurological comorbidities and exacerbation of symptoms, influence each other, resulting in a complex picture of difficult treatment.

"Cancer" is a word, not a sentence.

With time, research and studies we have tried to give a name to the personality that could increase susceptibility to cancer. The personality of C (cancer personality type) is characterized by lack of assertiveness, repression of strong emotions, especially negative, showing a lack of interest for their own needs and their own bodily sensations, manifesting a tendency not to seek support and help, but to give, plus using passive coping strategies, such as denial or disengagement. This personality is subject to an increased stress by facilitating those immune-endocrine-mediated mechanisms that contribute to neoplastic development.

The Type C is not properly externalized in emotions, amplifying the activation of the sympathetic nervous system and inducing a state of chronic stress unrecognized and unexpressed. The homeostatic dysregulation influences the stress activation and increases inappropriate physiological responses in stressful situations and sluggishness in the recovery of the disease. The personality of type C is a predictor of more rapid progress and exacerbation of diseases although originally asymptomatic. Many studies show that the reduced emotional expression and inhibition tendency to influence an alteration of the immune system, given the increased cardiovascular reactivity to psychological stress, reflects a dysregulation of the sympathetic nervous system and / or parasympathetic. Cancer is a complex disease, heterogeneous and multifactorial that still takes its toll, but who heals wins and is born twice.

"Clinical experience teaches us that a strong psychologically ill person responds better to treatment, because he/she is capable of adhering to the care with consciousness, systematic and determination, because he/she wants to heal. Therefore, the individual approach even if does not affect the final outcome, certainly can affect the course of the stages of the disease"

Now I propose a brief interview with Lorenzo that makes us understand how he has decided to take course of the disease and not the contrary. 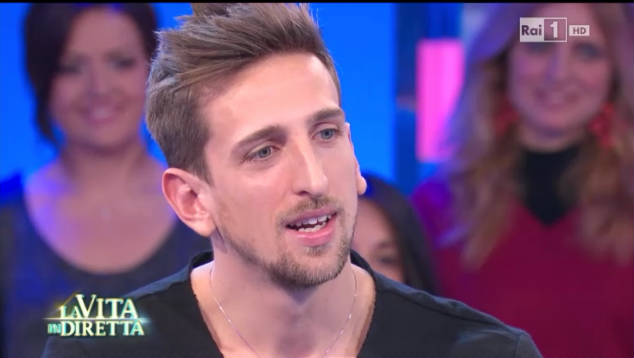 Hello Lorenzo briefly talk about your volleyball career and what impact has cancer had on it?

I started to play volleyball at seventeen, it all started in my town in Bergamo, after a year of activity I was given the chance to get into the first team as a second setter, from there it all started. I traveled through several societies (Sisley Treviso, Bassano volleyball, Reggio Emilia) until I reached the A1 series with Tuna Calipo Vibo Valentia. After the illness I was able to return to the field with another role, I decided to change completely, so I start to crush, coming back with a promotion to the top flight, a dream for me, after a year from the disease I managed to reach the maximum series.

How did you "discover" the cancer and what feelings did you have after diagnosis?

The disease has definitely given me the confidence to be able to face any challenge, even more so when it comes to sports, for me it’s fun, I enjoy myself playing and therefore I undertake any difficulty more easily. It was the summer of 2012, I had a severe back pain, especially at night. I did not know what it could be, I thought it was the classic pain that we players have. So I decided to go for a check-up visit, the result was: " possibly lymphoma contact a specialist". I did not quite know what that word meant, and so I did not give it too much importance. After a few days my cousin who’s a nurse read the result, and gasped, grabbed me and took me to the hospital quickly, it was July 13, 2012.

What influence has this had in your life, family and friends?

The first feeling was of course of despair, the fear was so great. But among the many thoughts I managed to ask the doctor what I had exactly and if I had a chance to heal, he told me that in 5-6 months I could conquer the disease. From there my head had one goal in the lead, I wanted to return to the field to play the first of January and so it was.
I've never shut down, I never stopped doing anything, my life went on and the people who were near me never made me feel ill, they treated me as if nothing had happened, and I think this was crucial. I in front of everyone always tried to give my best.

How have you dealt with chemotherapy?

The chemo was a difficult cure, but fortunately it did not touch me that much. Every time I finished the therapy I took the car and I went out to eat, I needed to be around people, it gave me an incredible power. I was trying to figure out if my body was fine by putting it under stress, I took the bike and always I faced the same climb, if I could withstand it, it meant that I was fine and it gave me hope and confidence.

Can you describe your feelings, thoughts, desires and objectives, before, during and after the illness?

I am a very sunny person, I always try to do my best with everyone, even with those who are less sympathetic to me, and this thing makes me feel good. After the disease I have changed in a positive way, in the sense that everything I do, I do it with the desire to give something to myself, and above all to others, I have been very lucky and now I try to give something more, to those who have less luck than me.

How did you win the fight against cancer?

Cancer certainly is won with medicine, if it were not then there would be a real problem, but my belief is that the head is 90% of the medicine, you have to believe in yourself, without shutting down in front of these things, continuing one’s life as if nothing has happened.

The choice of being a doctor is deeply tied in the research of the origin of the evil that the concept of God could not explain - it says - from the beginning I wanted to be a psychiatrist to figure out at what point the mind free madness is born that could cause of the horrors I had witnessed. As I approached the medicine, however, I ran into an even more inexplicable evil of war, cancer.
(Umberto Veronesi)
Dr. Leano Cetrullo
> Lascia un commento