Obesity and social networks: between risk and protection

Obesity and social networks: between risk and protection 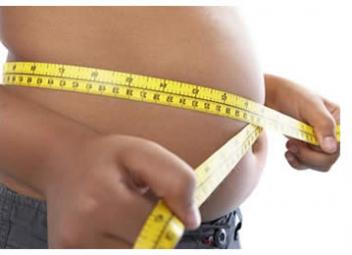 A surprising longitudinal study on the correlation between obesity and social networks was published on one of the most prestigious medical journals, the New England Journal of Medicine. The Harvard researchers analyzed 12,067 individuals and their social networks, both first-degree relatives (parents, brothers, sisters and children) and people designated as a ''close friends ''. They were obtained over 38,000 social and family ties, with an average of 7.5 links for each subject. In addition for each subject (including family and friends) was established one’s obesity, defined by a score equal to or greater than 30 body mass index (BMI, body mass index calculated as weight in kilograms divided by the square of height in meters : Kg / m2). The BMI and social network variables were assessed every 3 years from 1971 to 2003.
The sensational results indicate that the prevalence of obesity occurs according to the pattern and the type of interpersonal relationships:
- The risk of obesity of two people united in the same social network is 45% higher than in a random network of social relations.
- The association effect decreases its function of decrease in social distance, but the extraordinary thing is that geographic distance has no effect on the association. Or the other's obesity that lives geographically very distant is associated with obesity of the subject as much as it happens with people of the same social network and with people living geographically close.
- In subjects who claim to be '' close friends '' the risk of obesity increases by 171%, while surprisingly there is no risk if the friendship is declared as “intimate” by one of the two.
- In the family relationship, the risk of obesity increases by 40%, especially in those of the same sex (55%).
- The risk is equal to 0 for neighbors.
- Smoke and distance does not change at all the effect and the size of the associations between social network and obesity.

The results of this study are very robust and surprising because they show that the important affective interpersonal relationships determine and modulate behavioral and especially those metabolic functions. There are obviously many psychosocial possible explanations, such as greater individual acceptability of being obese if a friend or a sibling shares the same types of food in the family. I want to emphasize how significant affectively social interactions (siblings and close friends) along with psychological factors identification (the association increased in individuals of the same sex) constitute the hidden organizers of individual behavior that can alter the biological functioning of the subject.
Regular physical activity of moderate intensity results in significant benefits in terms of health in all age groups. On the other hand a sedentary lifestyle contributes, together with other risk factors, to the development of numerous chronic-degenerative diseases and in particular to those of the cardiovascular, metabolic and bone and joint problems. The lack of physical activity reinforces the occurrence of overweight, obesity and a number of chronic conditions such as cardiovascular diseases and diabetes, which reduce the quality of life; they put at risk the lives of people and are a burden for health budgets and the economy. The right “dose” of sport should be seen in '' pharmacological '' perspective, ie, the right sport should be “given” to the obese patient by a professional in a meticulous way associated with Metabolic-Nutritional Rehabilitation-Psychological which is an approach to obesity, in phases of instability and failure of somatic and psychiatric comorbidities, where the level of disability is high and the quality of life is penalized.

Psychopathology and somatic comorbidity, disability, reduce the overall quality of life in the various phases of the cycle of existence; they are the main components of the clinical evolution of obesity. Following the bio psychosocial model of the International Classification of Functioning, Disability and Health (ICF) and using the core set for obese patients, a study group has shown the presence of alterations in several specific functional areas that need work with rehabilitative therapy programs. The survey on quality of life (eg: SF36) showed a significant negative effect of obesity not only in the area of ​​physical limitations, but also in the more general psychological distress and social functioning. It is useful in this regard, to remember, in addition to the known medical complications of obesity, the fact that this condition is often associated with a reduced mental well-being, with the eating behavior disorders (especially binge eating disorder, BED and Night Eating syndrome, NES), with low self-esteem and depression, are consequences of the serious and insidious social stigma that affects those who suffer from this disease.

The literature data also show that the best results are obtained in subjects informed about the disease, to be able to better handle mood swings, fluctuations in the levels of anxiety or stress, which have gone through a process characterized by the declination as part of an integrated Individual Rehabilitation Project. Such as therapeutic education and briefly focused psychotherapeutic interventions, psycho-pedagogical and psychotherapeutic interventions directed to:
- Recognize the real needs of patients (Metaplan);
- Correct erroneous beliefs of patients on nutrition and physical activity that sometimes represent the first real obstacle to cure;
- Improve not only the knowledge, but also the patients' skills through the transition from the "knowledge", from the "know how" to the "know how to be";
- Training in the management and self-control power, physical activity, the times of stress and anxiety (food diary, self-monitoring, stimulus control, problem solving);
- Improve the relationship with the body and its image (dance-movement therapy, biofeedback and other bodily relaxation techniques);
- Addressing the psychological difficulties related to the acceptance and / or maintenance of the problem; - Increase the sense of responsibility in the disease and treatment (illness behavior);
- Promote therapeutic compliance (motivational interviewing, short motivational counseling strategies, etc);
- Facilitate not only cognitive learning (through the sharing of specific topics), but also experiential learning (through the use of role playing and simulated) and intuitive (through the use of aphorisms, metaphors, stories); - Teach the control of simple clinical parameters (blood glucose, blood pressure).

The subject of obesity ends up remaining prisoner of its own body in a sort of cage from which it is unable to exit.
Exposure of children at risk of obesity is being encouraged by the social discourse to the extent that these powers a convulsive demand for items such as the Ideal effect of a decline compared to the promotion of the enjoyment of the object. The current social discourse supports the need for an empty saturation, or, more precisely, the saturation of emptiness as suppression mode and the lack of desire. Obesity is the psychopathological phenomenon that perhaps most of all illustrates the devastating effects of this saturation: the body is reduced to a mere container of objects; container whose collection capacity appears as illusory endless. The obese literally identifying the void with an empty stomach which actually performs a topological error that still reveals a structure of truth: the contemporary subject is reduced to a machine of enjoyment.
Dr. Cetrullo Leano
> Lascia un commento