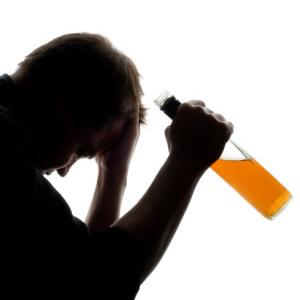 Authors and social activists have already addressed the negative impact of climatic changes, regarding the physical health and the mental health of several populations. In this commentary, the authors will relate climatic changes to the phenomenon of dislocation, which in turn may have an impact on addiction problems. The notion of dislocation goes back to the sociological concept of  "social anomie" propounded by Durkheim and has ,more recently, being explored in the work of Bruce Alexander, eminent Canadian scholar, who defines dislocation as the physical, psychological social, cultural breakdown in the continuity of individual experience and the major root of addiction problems.
Climatic changes could affect the incidence of substance abuse disorders by causing waves of dislocation . The term dislocation includes both the sense of physical and psychological uprooting.
"Main stream science" has focused mainly on the possible biological, psychological aspect of addiction, but, both research and its clinical applications, have not yielded yet convincing evidence for the established treatments . On the contrary, the effects of physical and psychological dislocation seem to constitute clear contributing factors to the incidence of mental illness and substance abuse disorders.

Dr. Bruce Alexander's concept of dislocation is applicable to individuals and populations who perceive a sense of misplacement, both physically and culturally, due to the effects of globalization and free market economy (Alexander ,2008) .Climatic changes, indirectly related to globalization, have substantial effects on people physical and psychological well being (Fritze et al.,2008; Sartore et. al, 2007). Dr. Alexander argues with solid data that the damage of addiction follows usually social and economic changes disrupting the social fabrics of communities and societies. He identifies the free market- economy as the basis for dislocation. Having been deprived of the essential sense of identity and continuity, the affected individuals look for substitutes and new coping mechanisms, even if unhealthy: alcohol and drugs are among them.
The theme of community disruptions, dislocations and high incidence and prevalence of drinking problems has been well documented in Indigenous communities. If we look at the history of physical dislocation patterns caused by American, Canadian, Australian policies towards Indigenous people, which have essentially annihilated their cultures, the link with substance abuse emerges as undeniable. Communal approaches aimed at rebuilding the culture, rather than individual interventions, have achieved better results in dealing with behavioral and substance abuse problems (Walters et al. 2002; Beauvais, 1992). The Historical trauma literature covers extensively these aspects (Duran E, Duran B, 1995).
But there are many other examples involving different cultures. Polany and others have elucidated the negative and deleterious effects on societies and communities caused by economic neoliberalism , which developed after world war II , became globalized in the last three decades, and brought on an increase in the problem of addiction in country like US, China, Russia (Alexander 2008; S Qiu, J. ,2009; Walker,2009;Polany,1994 ).

Studies focusing on macro psychological aspects of climatic changes are easily retrievable from the literature. For example, the effects of droughts can lead to increased stress as they change the economic structure of communities; they cause migrations towards new jobs, with a major effect on social network and support and substantial psychological stress (Sartore et. al, 2007).
Another example is the 2005 tsunami, causing massive number of deaths, huge economic and societal damage: more than 20% of the local people manifested multiple signs of mild psychological distress and more than 30% reported signs and symptoms of substantial distress.(World Health Organization, 2008).Sheila Watt-Cloutier, Inuit activist, 2007 Nobel Peace Prize nominee for her work on climate change and human rights, spoke up about the threats to the Inuit physical and mental health wellbeing associated with sea ice level changes and consequential diminished access to traditional foods, undermining the cultural and societal structure of the population. Data indicate that the suicide rate for the Inuvialuit Settlement Region is eleven times higher than the rate in the rest of Canada (Rynor, 2011).
Also, it is reasonable to expect that changes in climate will predominantly affect vulnerable communities, highly dependent on their local resources and social, cultural networks .The resulting socioeconomic difficulties are arguably linked to reduced personal autonomy, negative self-perception, stress, insecurity and social isolation with major impact on mental wellbeing. (Confalonieri et al., 2007; Frumkin et. al., 2008). Trauma (PTSD) is one of the most common and most studied of the negative mental health consequences of climatic changes and natural disasters., but grief, anxiety and substance abuse have also been listed as consequence (Silove et. al, 2006).These mental health outcomes are attributable are to a large extent to population displacement, unstable housing, lack of access to services and employment, and loss of connection to place (Fritze et al.2008, Fullilove, 1996),which are the triggering cause of a profound sense of dislocation (Stern, 2006; Spickett et al, 2008).It is possible that climatic changes will progressively cause the displacement of large number of the people, promoting more dislocation and therefore the adoption of faulty coping mechanisms like inappropriate use of alcohol and drugs (Fritze,et al.2008; Bhugra,2004).On the bright side, there is evidence that communities tend to cope with natural disasters by applying views and wisdom as an attempt to regain a sense of belonging, and identity against the threat of climatic changes ( Jull ,1999), to fight off the experience of psychological/physical dislocation.

The evidence for the effects of climatic change on substance and alcohol abuse can be explained by referring to the phenomenon of dislocation. Since these problems are driven by societal, cultural disruptions and annihilation, the correct interventions to prevent and fight them cannot be based on narrow individual approaches, but on a public health paradigm and "ad hoc" social policies geared at maintaining the socio economic and cultural identity of communities. Hopefully, soon enough, a multidisciplinary approach including health care providers, social scientists, politicians, community representative, will develop to focus on this issue.

*The authors declare no competing interests.