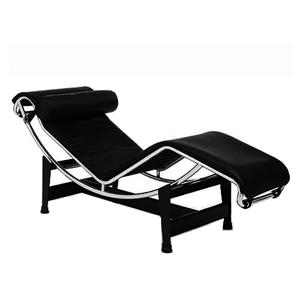 According to the Theory of Attachment, psychopathology is regardedas due to a person having suffered or still be suffering theconsequences of disturbed patterns of attachment, leading the personto have followed a deviant pathway of development. Infancy, childhoodand adolescence are seen as sensitive periods during whichattachment behaviour develops -normally or deviously- according tothe experience the individual has with his attachment figures.

As regards the development of anti-social, aggressive behaviour, ithas been found that psychopathy generally, and felony, inparticular, are deeply rooted in early histories of deserting,threatening, violent parents. Furthermore, confirmed psychopaths,such as criminals, murderers and other systematic social offenders;delinquents, in a word, usually report histories of early adverseparental attitudes and disrupted relationships, particularly motherthreats of desertion as a means of discipline.

Moreover, a vicious spiral seems to arise from the mixed feelings ofanxiety and anger aroused by threats of this kind. For, while on theone hand a child is made furiously angry by a parent's threat todesert, on the other. he dare not express that anger in case it makesthe parent actually do so. This is the main reason why in these casesanger at a parent usually turns repressed and is then redirected toother targets: spouses, siblings, children, friends, profession,institutions, armies, or even more vulnerable targets: feebleschoolmates, feeble couples, feeble friends, parents, relatives,institutions, nations, and so on.

For many years I have been doing research on early parent-offspringearly attachment bonds, and have found that human relationships aredeeply rooted in early development in several respects.
Naturalistic and experimental prospective studies have steadilyshown that early attachments are positively correlated with adults'attitudes towards one's peers, one's children, parents, friends,close kin, spouses, communities, one's environment and culturalvogues and prejudices, one's views on current educational systems,one's views on politics and friendship, one's capacity to love and beloved, with cruelty, parenthood, aggressiveness, and so on.
As a clinician and researcher, I have adopted a multidisciplinaryapproach to relationships generally, and to aggressiveness oraggressive relationships, in particular as that advanced by Bowlby'sTheory of Attachment.
As Seymour Feshbach (1987), states, early attachments and adultpolitical ideology, patriotism, nationalism and internationalism aredeeply related in that similar mechanisms mediate early attachmentsto caregivers and later attachment to one's culture and nation.
Thetendency to equate nations with parental figures suggests that one'snation and government are often viewed in terms of parental imageryand that there is a similarity between affective attachment towardsparents and affective attachments towards one's nation.
In fact, the primary question addressed in conversations withProfessor Feshbach was the role of affect-related factors,particularly values, as possible mediators of individual differencesin attitudes towards nuclear armament-disarmament issues. One suchfactor is value placed on children. Those individuals who havegreater affection for children or who are more supportive ofdevoting national resources towards meeting children's needs beingmore supportive of nuclear disarmament and a nuclear testmoratorium. Studying patriotic and nationalistic values, I learnedthat patriotism, but not nationalism, was found to be positivelycorrelated with early paternal attachment while nationalism, but notpatriotism, was found to be significantly related to pronucleararmament views. (Feshbach, 1989, 1992)
From a different vantage point -but equally related to aggressionissues- I entered the field of the bully-victim problem in schoolswhere I found that anxiously avoidant attached children wereastoundingly prone to become bullies over anxiously resistantattached children (Ainsworth et al, 1978).
Several Attachment Theorists have related the phenomenon of bullyingto pervasive pathological patterns of attachment enduring since themaking of early affectional bonds. Using the Ainsworth StrangeSituation test, administered at age 12 months, has enabledresearchers to engage in prospective, longitudinal studiescorrelating quality of attachment at age 1 with bully/victiminteractions at age 5-7. They found that anxiously attached infantsequated positively with either bullies or victims 4-6 years later.Anxious-resistant children correlated with victims, whereasanxious-avoidant children correlated with bullies. Securely attachedchildren did not correlate with either category. (Sroufe, 1988)

Four clear-cut actual interactions were found to occur: First,bullies usually victimized vulnerable, insecure children. Second,insecure children tended to become attached to their victimizers.Third, Secure children neither victimized nor were prone to bevictimized. Fourth, bullies ocassionally victimized other bullies,who were found to be less cruel and less affectionately detached.
These studies have been enhanced and furthered into late childhooodand adolescence by Olweus in Scandinavia. On a large-scale studyover more than 530,000 Norwegian students in elementary andsecondary/junior high schools (grades 1-9; ages 7-16), about 15 % ofthe sample were found to be involved in bully/victim problems.Approximately 9 %, or 52,000 students were victims, and 41,000, or7 % bullied other students regularly. About 9,000 students fellwithin the category of both victims and bully (1.6 %). (Olweus1994).
Since the prospective studies mentioned above render early detectionof both would-be bullies and victims possible, prevention of suchphenomenal deployment of aggression and suffering in childhood is anecessary endeavour to be undertaken, insofar as the communities atlarge are made aware of the perils entailed by remaining passive inthe face of anxiously attached infants, thus calling for governmentand non-government organizations to engage in preventative campaignsaimed at ensuring and strengthening parent-infant bonds.

The concept of attachment as conceived by Bowlby differs deeply fromother theoretical approaches in a number of important respects.
Forinstance, attachment behaviour is seen as belonging to a behaviouralsystem (Bowlby (1969-1982): A & L, vol. 1: Attachment) and not interms of a particular discrete behaviour.
The expression"behavioural system" has been borrowed by Bowlby from theethologists who use it instead of the term 'instinct', insofar asthis term is viewed as nonexplanatory and furthermore leading tosimplistic theorization.
The term "behavioural system" stands for the underlyingorganizational structure mediating a variety of observable discretebehaviours.
Even though this underlying structure is thought to beneuroendocrine in nature, no claim is forwarded as to extantisomorphic mechanisms within the CNS with the proposed behaviouralsystems.
The hypothesis Bowlby advances is akin to a softwareprogramme whereby computerized application performs certain taskswithouth tight references to the kind of circuitry the computer isequipped with.

Pride of place is given in Bowlby's Theory of Attachment to thebiological function of behaviour (Bowlby, A & L, vols 1-3).According to contemporary evolutionary thinking, structures andbehavioural systems are now present in the population because theycontributed to the reproductive success of the bearers in theenvironment of evolutionary adaptedness (which is the environment inwhich the species emerged).
What is then the biological function ofattachment, that which gives survival advantage to the individualsgenetically biased to seek and keep proximity between infant andcaregiver?: protection of the infant from harm.
Under certain ecological conditions, Natural Selection favoursindividuals who invest heavily on childcare and upbringing. Theseparents protect (they actually protect their own genes) theiroffspring from predatory and parasitic animals.
During evolutionary time, strong selection pressures have ledindividuals to discriminatebetween their own and other young(Bateson, PPG, 1979). Filial imprinting is a phenomenon whereby theyoung quickly learn to recognize their parents thereby followingthem everywhere, keeping proximity to them and avoiding contact withany other but close kin.
The young need to discriminate between theparent that cares for them and other member of their species becauseparents discriminate between their own offspring and other young ofthe same species and may actually attack young which are not theirown.
Both selective pressures, protection from predation and filialimprinting contribute in important ways to the formation andstrengthening of attachment bonds, serving the purpose of obtainingand maintaining an optimal proximity between young and parents.

In a paper entitled "The Nature of the Child's Tie to His Mother"(1958, International Journal of Psychoanalysis, 39, 350-73) Bowlbyproposes that the infant's bond with his mother is mediated by justsuch species-characteristic behaviour patterns and not by themother's role in feeding or otherwise satisfying the infant'sbiological needs. Thus attachment behaviour is held to be a kind ofsocial behaviour tantamount to that of mating or parental behaviourand is deemed to have a function specific to itself.
A human infant's attachment behavioural system becomes apparentthrough discrete observable such as smiling and crying, which aredeemed to possess a signalling function that serves to activatematernal behaviour and bring the adult into proximity to the child.
Rooting, grasping, sucking, following, approaching, clinging arebehaviours whereby the infant plays an active role in seekingproximity and contact. As from birth these behaviours becomecoordinated and focused on the mother (or attachment figure) to formthe basis of attachment. In any case, the infant becomes attached tothe caregiver with whom he has had more interaction, generally hismother. As the infant develops, he becomes increasingly effective inseeking and maintaining proximity to his preferred figure.
When the child achieves locomotion a new behavioural system becomesactivated, that of exploratory behaviour. Exploration of theenvironment is antithetical to attachment. It is of the utmostimportance to focus the relationship of the infant to his mother askeeping a balance in the interplay between both systems.
One of the most important functions of the attachment behaviouralsystem is to intervene in the baby's excursions into theenvironment, in response to a variety of potentially dangerousevents, thereby deactivating the exploratory system and activatingthe attachment system thus seeking proximity to his mother.
Several studies show that children approach their caregivers notonly in response to dangerous external stimuli but also they do so tocheck the availability and attentiveness of the caregiver, in a sortof permanent monitoring activity. After such checking thechildwanders off to play again; after a while he returns again, andso on. This kind of of behavioural pattern is referred to in theliterature as the baby using his mother as a Secure Base (Ainsworth,1978, Patterns of Attachment).
Affectional bonds are formed as a result of interactions with theattachment figure, that is to say, between child and parent.Emotional life is seen as dependent on the formation, maintenance,disruption or renewal of attachment relationships. Consequently, thepsychology and psychopathology of emotion is deemed to be largely thepsychology and psychopathology of affectional bonds.

Psychopathology is regarded as due to a person having suffered orstill be suffering the consequences of disturbed patterns ofattachment, leading the person to have followed a deviant pathway ofdevelopment. Infancy, chilhood and adolescence are seen as sensitiveperiods during which attachment behaviour develops -normally ordeviously- according to the experience the individual has with hisattachment figures.
Finally, loss or threat of loss of the attachment figure is seen asthe principal pathogenic agent in the development ofpsychopathology.
As regards the development of anti-social, aggressive behaviour, ithas been found that psychopathy generally, and felony, inparticular, are deeply rooted in early histories ofdeserting,threatening, violent parents. Furthermore, confirmedpsychopaths such as criminals, murderers and other systematic socialoffenders; delinquents, in a word, usually report histories of earlyadverse parental attitudes and disrupted relationships, particularlymother threats of desertion as a means of discipline. Moreover, avicious spiral seems to arise from the mixed feeling of anxiety andanger aroused by threats of this kind.
For, while on the one hand achild is made furiously angry by a parent's threat to desert, on theother. he dare not express that anger in case it makes the parentactually do so. This is the main reason why in these cases anger ata parent usually turns repressed and is then redirected to othertargets: spouses, siblings, children, friends, profession,institutions, armies, or even more vulnerable targets: feebleschoolmates, feeble couples, feeble friends, parents, relatives,institutions, nations, and so on.

Preventative interventions should be the natural outcome of researchon early mother-infant relationships. It is an undebatable issuethat it proves far more fruitful to prevent a condition frombecoming established than attmpt to erradicate it once settled in.
For instance, it would be much better to try to prevent mother-childseparation at early stages of development -if humanly possible- thantrying to cure an adult from the emotional derangement the saidseparation brings about.