The power to be stronger than the social stigma. Between sport and homosexuality, the story of Roberto.

The power to be stronger than the social stigma. Between sport and homosexuality, the story of Roberto. 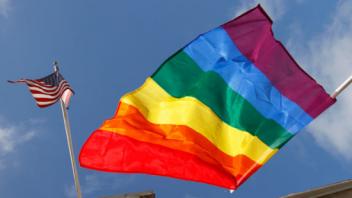 It's interesting to note that even today, in 2015, to declare one’s own' 'normal' 'homosexuality raises all this stir. I want to start from the beginning when Freud declared that homosexuality cannot be classified as a disease but only as '' variation of the sexual function ''. The process of despathologization of homosexuality begins approximately in 1957 when Evelyn Hoker administers psychological tests to homosexual and heterosexual groups. The blinded assessment of the sexual orientation of the participants shows that it is impossible to distinguish between the two groups and therefore create psychopathological ideas toward homosexuality. Even the American Psychiatric Association (APA) eliminates from the Manual of Mental Disorders (DSM) ego-syntonic homosexuality and then "created" ego-dystonic from the social stigma. In 1922 the World Health Organization (WHO) by posting the tenth edition of the International Classification of Diseases (ICD-10), removes and reiterates the futility and senselessness of the diagnosis of homosexuality. If we now know and believe that homosexuality is not pathological but is simply a normal variation of sexuality, we approach a new problem: homophobia or aversion and irrational fear of homosexuals and people with non-heterosexual behaviors, in combination with prejudices and discriminatory acts against them. I want to recall that the expression of sexuality, be it normal or pathological is irrelevant to the sexual orientation of the person. The mental health professionals must be fully aware of their own prejudices and their own preferences toward homosexuality or heterosexuality in order not to devalue or idealize the sexual orientation of their patients. Clinicians should keep in mind that there is no scientific evidence demonstrating the ability to change sexual orientation through therapy. Where there is no disease there is no treatment, in fact, these treatments can only be harmful and dangerous to the individual. I want to put an emphasis on the latest research done by comparing the whole psychological, physical and social development of children of same-sex couples rather than those of heterosexual couples. The sexual orientation of children of gay and lesbian couples is in most cases is heterosexual respecting the frequency found in the general population. There is also no empirical evidence on the assumption that children of homosexual parents can present a psychological development deficit. The only adverse conditions related to the sexual orientation of the parents are related to discrimination and social stigma.

Now the full interview with Roberto Panzironi, an athlete and a guy who has never had to hide his sexual orientation to others or to himself.

-Roberto Can you tell us what '' snapped '' when you decide to come out?

Good question ... I do not think I've ever come out. I never had to say: "You know I'm gay." It was all very natural, both for me and for my family, my friends, my coaches and my teammates. Therefore, it did not fire any kind of gay pride in having to tell the world that I am gay and a sportsman.

-How do you live your sexual orientation in professional sports? How do you deal with discrimination and prejudices of ignorance?

When I play volleyball I just break the ass of my opponents and my mates do the same. The jokes in the net and those of the locker room are part of every sport, don't pay attention to them, if this did not exist, there would not be illegitimate children and cuckolded boyfriends. So I tell you in all sincerity that the homophobic provocations are part of the sport, they only have a different color.

In those moments I only think about winning, the more they get on my nerves, the more I get into beating them. So I live well every season and I draw strength from my teammates and opponents. We all have problems, we depress ourselves we confuse ourselves, but that's wrong with that? I'm sure I lost some contracts due to my sexuality, "but what can you do!" There are players that are rejected because they are short, others for their mania, some because "they are bad players."

-What does your family think about it? Did you tell them right away about your homosexuality?

Like I told you before it was all very natural. The meeting with them around the table happened when I was 16 years old. When I was first hired outside of Rome I was confronted with the fear of going to live out of the house, the stress of training, studying, friends and my boyfriend. You understand well that only that part of me was natural, they were speechless but not scared, you could see that they had an expression of fear or disappointment, they were more concerned for others, rather than for me as I would be the one to face the consequences, I never thought it would be easy, but I believed in my ability and sometimes I had to raise my voice, I still made a good sport's career and I have a crazy job. My parents are my first fans and as a boy, if any father or mother insulted me or got on my nerves my parents protected me as any father or mother would protect a son.

-How have you lived your sexual orientation outside of sports?

Well I cannot complain ... if you really want to say that across some situations I was disappointed, but I was young I was trying to please everyone and I did not understand yet that it was not possible, but when you grow everything changes, even people change people who were not able to accept before that I lived all in the normal way, envied that "different" could succeed at the expense of their "normal". I was lucky, I was not afraid to be who I am and I do not mean gay, but what I really am. This has strengthened my self- esteem, but I'm sure others have lived through hell. This is my experience, if I had to assume the worst, as it happens to some boys or girls because they are gay, ugly or foreign, I would tell a different story and maybe please the macabre expectations of readers.

-Have you had any '' confrontation '' with homophobia?

Get into fights worth? Yup! The high school has taught me even more to be myself, but I was young. We need to remember that children are bad and maturity does not come by 18 years old, we have to work on it.

-Do you want to add something on this subject?

The bad grass never dies. Sometimes you have time to cut it right away, sometimes you put a little more of it. This is my thought: the fault is not the grass but who takes care of it. I am the gardener, I wanted to cut my grass well and I did, harsh words, yes.

-What do you think of sexual promiscuity in professional sports and the social stigma associated with homosexuality and HIV?

Promiscuity? I think it's the fault of sponsors and a lot of money running in professional sports including our volleyball. As it relates to HIV, I do not think gay but I think of all those men and women who break out with their sexuality go with prostitutes or with the first encounter without protection. As you see, you have formulated the question thinking gay, I answered thinking hetero, and these are two sides of the same coin.

Defense mechanisms, i.e. how one deals with emotional conflicts and internal and external sources of stress, can be connected to internalized homophobia. High levels of internalized homophobia can produce feelings of shame and guilt unsustainable to the point of making unacceptable homosexuals desires and affections, sometimes with the mobilization of dissociative defenses.

The homosexual affects are normal variations of human sexuality and it is not shown that attempts to modify them have been effective and risk-free. Ultimately, the more the therapist will be conditioned by the bias anti-homosexual legislation, the more it will tend to model '' reparative ''. The guidelines LGB are not, in themselves, indicators of psychopathology or a stop in the development.