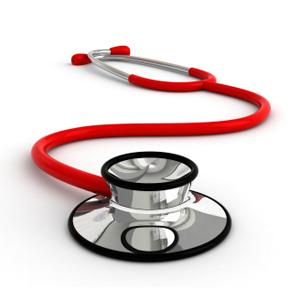 Facebook has become so much a part of our life now that it’s so prevalent across the world. With close to a billion users out there, one can easily throw a stone and hit a Facebook user. The amount of time users engage in Facebook activities, like updating statuses, posting photos, commenting and ‘liking’ posts has also been increasing with smartphones and 3G/Wi-fi networks becoming commonplace in recent years.
Given the accessibility and ease of use of Facebook whenever and wherever you are, it is no wonder more and more people are addicted to the popular social networking site. You may ask, what’s wrong if you use Facebook frequently as a means of entertainment, or as a means to relieve your stress? Well, there’s nothing wrong. However, when Facebook activities start interfering with your everyday life and become detrimental to your daily functioning at work or in school, you might have a problem.

The Signs of Facebook Addiction
Although Facebook Addiction is not a formal clinical diagnosis, it is fair to say that many people spend far too much time on Facebook and may at the very least describe themselves as being "obsessed", if not addicted. In recent years the mental health community has become increasingly interested in the impact that modern technology has on our lives - both positive and negative. On the positive side, technologies such as Skype, Facetime, and Facebook allow us to stay in contact with family and friends on the other side of the planet. Yet, unfortunately, people spend hours every day updating their status, uploading pictures, commenting on walls, playing Facebook games, reading updates from others, and searching for new friends to add. What I have termed as “Facebook Moms” has become real when many women, in particular, neglect other important responsibilities, commitments, or their children in favor of Facebook.
In my practice, I have found five key signs of Facebook addiction that hold true for those who suffer from this problem. The signs demonstrate obsessive or compulsive behavior:


The Risk Factors of Social Media Addiction
In our work at the Center for Internet Addiction and Recovery, I am often asked about the nature of social media addiction. At first, being addicted to sites like Facebook and Instagram doesn’t sound very serious. A lot of people throw around the term “addicted” pretty lightly, but behavioral addictions, like those to spending time on social media, can be serious. We treat many young people with an addiction to social media. Often, it is correlated with other Internet applications that a teenager is addicted to such as online gaming or sexting. The focus becomes the digital world and the person is less engaged in the physical world of relationships.
Often, we treat teenagers with social anxiety and they use the social media sites to find validation and companionship missing in their real life or the physical world. Trends in our clinic suggest that certain teenagers are particularly at risk for developing an addiction to social media. This includes if a teenager struggles with an anxiety disorder or depression, he or she may be at risk for a social media addiction because he may use it as a way to distract himself from negative emotions and troubling thoughts. It can become an unhealthy habit. As with anxiety and depression, a teen with high stress may turn to social media to decompress and then develop a pattern that becomes addictive. Also a teen with a limited social life is more at risk. It may seem counterintuitive, but people with poor social skills are more likely to jump online to socialize and meet friends only to feel more comfortable opening up online to become an unhealthy habit.
We also frequently treat teens who suffer from a failure to fit in. When a teen doesn’t feel like he fits in, going online to socialize means he has access to a larger world than is available at school. This can be exhilarating for a shy teen who feels like an outcast among his peers. The issue of social media is by nature being social and this becomes a substitute for what is missing in the teen’s real life. Finally, teenagers who struggle with addiction, whether to substances or another type of behavior, is at a greater risk for becoming addicted to social media. They often use addictions as a psychological escape and social media becomes another way of achieving that goal.

How can someone get help?
Treatment options for Facebook addicts is limited as clinic specializing in this condition are only slowly emerging. In a general sense, treatment for Internet addiction disorders include inpatient, outpatient, aftercare support, and self-help groups. Treatment options may also include family counseling, support groups, and educational workshops for addicts and their families to help them understand the facets of belief and family life that are part of the addiction. Unlike recovering alcoholics who must abstain from drinking for life, treatment for Internet addiction focuses on moderation and controlled use of the Internet, much in the way those suffering from eating disorders must relearn healthy eating patterns and strategies to address the underlying problems in a person’s life creating the need to use the food or the Internet as a way of escape.
At the Center for Internet Addiction and Recovery, those who are addicted to social media must follow a few initial changes in their use. First, they must admit that they have a problem. Treatment and recovery doesn’t work unless the addict is no longer in denial. Second, they must turn off all notifications so they aren’t tempted to check for new posts and updates. Third, they need to carefully reschedule when they check Facebook. Instead of randomly checking for new likes or posts or updates, they can only access it twice a day. This must be restricted like a digital diet so that their intake is cut down much like a food addict that does not want to eat as much. The first steps is reducing how much time the application is used. Finally, we need to help the addict find alternative ways of communicating, especially using more face-to-face strategies. The addict needs to connect with friends using phone calls instead of text messaging. go out without taking selfies, and get out with friends instead of being on Facebook.
Overall, treatment strategies focus on a balanced use of technology in general and limitations to social media in general with an encouragement for engagement in offline activities and relationships. Treatment also should look at ways that Facebook addicts can develop a healthy digital diet so that when they go online to moderate their overall daily use of technology and devices. For more information on treatment, please visit the Center for Internet Addiction and Recovery at http://netaddiction.com which includes assessment tools and educational resources.